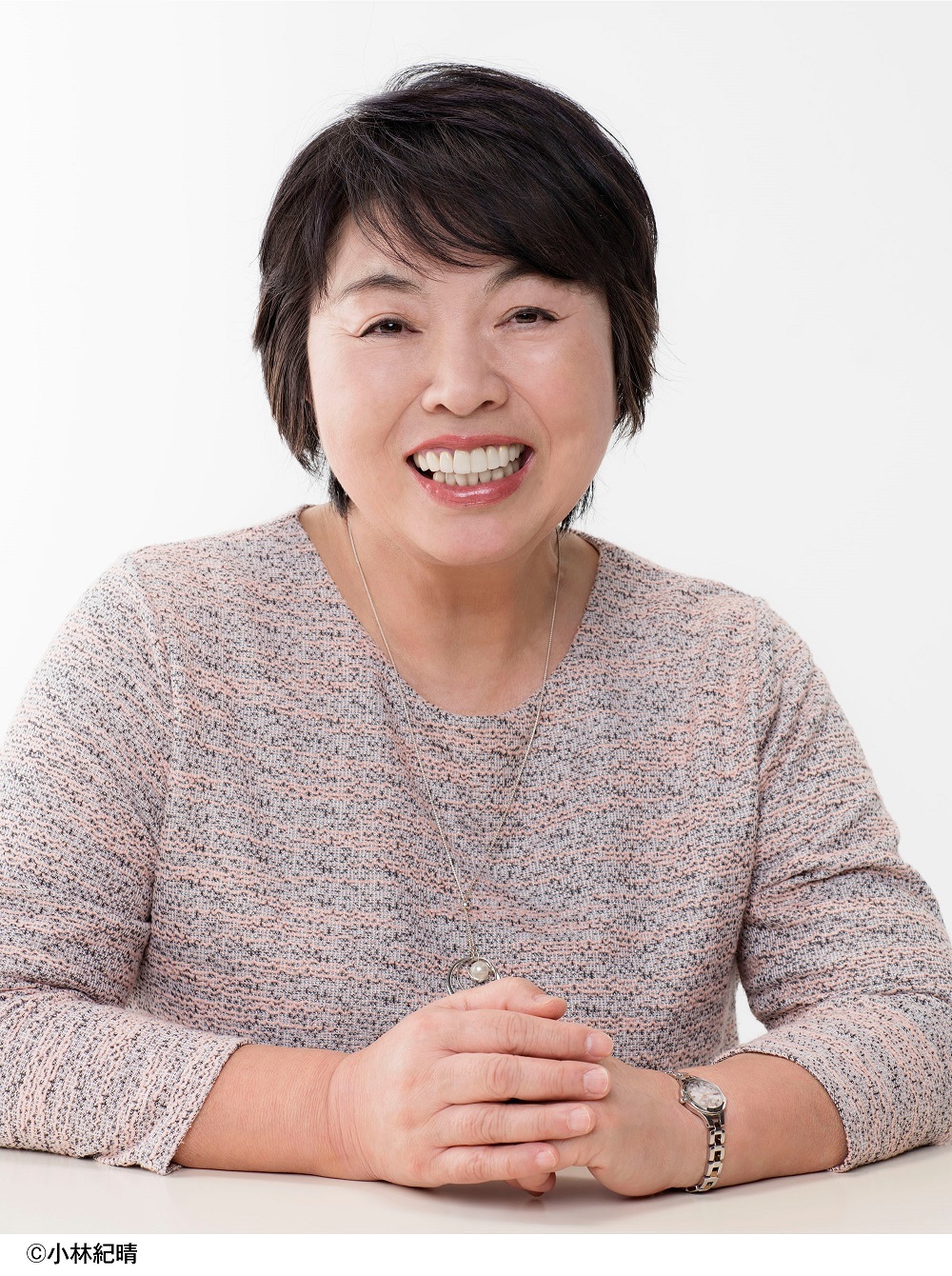 The winner is Chisako Wakatake | JAPAN

Japanese novelist Chisako Wakatake receives this year’s LiBeratur Award, an award given to female writers from Africa, Asia, Latin America or Arab countries by Litprom, a German non-profit organization.
Wakatake is awarded for her debut novel »Ora ora de hitori igu mo« which was translated into German by Jürgen Stalph and published under the title »Jeder geht für sich allein« by Cass Verlag. Parts of the novel about an ageing woman reflecting on her life were written in Tōhoku, a Japanese dialect, and translated to Vogtländisch-Erzgebirgisch, a German rural dialect. In Japan, the novel received the Bungei award and the Akutagawa award.

Wakatake is the first Japanese writer to win the LiBeratur award and was shortlisted alongside two other Japanese writers, Mieko Kawakami and Hiromi Ito. She was chosen by a jury: Anita Djafari, Corinna Santa Cruz, Monika Lustig, Oliver Fründt and Florian Balke.

The award includes a prize money of 3000 euros and an invitation to Frankfurter Buchmesse, taking place in Frankfurt from October

The award ceremony will be held in KfW Stiftung’s Villa 102 in Frankfurt on October 21st.
On Saturday, October 22nd, Wakatake will be present at events on the fairground and in the city.
She is available for interviews during the duration of the book fair. Another event will be hosted by Literaturhaus Berlin on October

If you have any questions or would like to interview Chisako Wakatake, please contact Marcella Melien, melien@buchmesse.de

The events in Frankfurt 2022 (German) 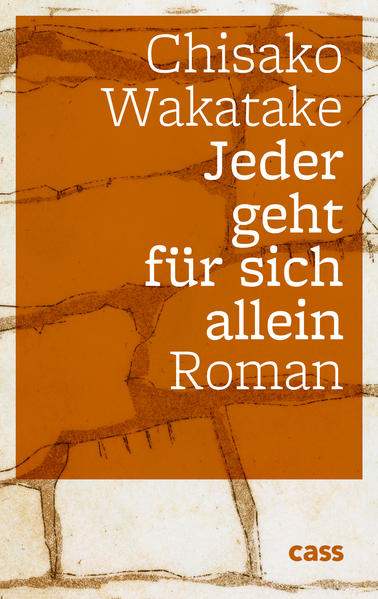 Chisako Wakatake, born in 1954 in the northeastern Japanese prefecture of Iwate, published her literary debut “Ora ora de hitori igu mo” in 2017 and was awarded with two renowned literary prizes in Japan. The German translation by Jürgen Stalph, “Jeder geht für sich allein“, was published by Cass Verlag in 2021 and receives Litprom’s LiBeratur Award in 2022.

Founded in 1987 by the initiative »LiBeraturpreis e.V.«, the LiBeratur award has been organized by Litprom since 2013. It is given to an outstanding work of fiction by a female writer from Africa, Asia, Latin America or the Arab World. This year’s award is funded by the Ministry of Science and Arts of Hessen and the Kulturfonds Frankfurt RheinMain. 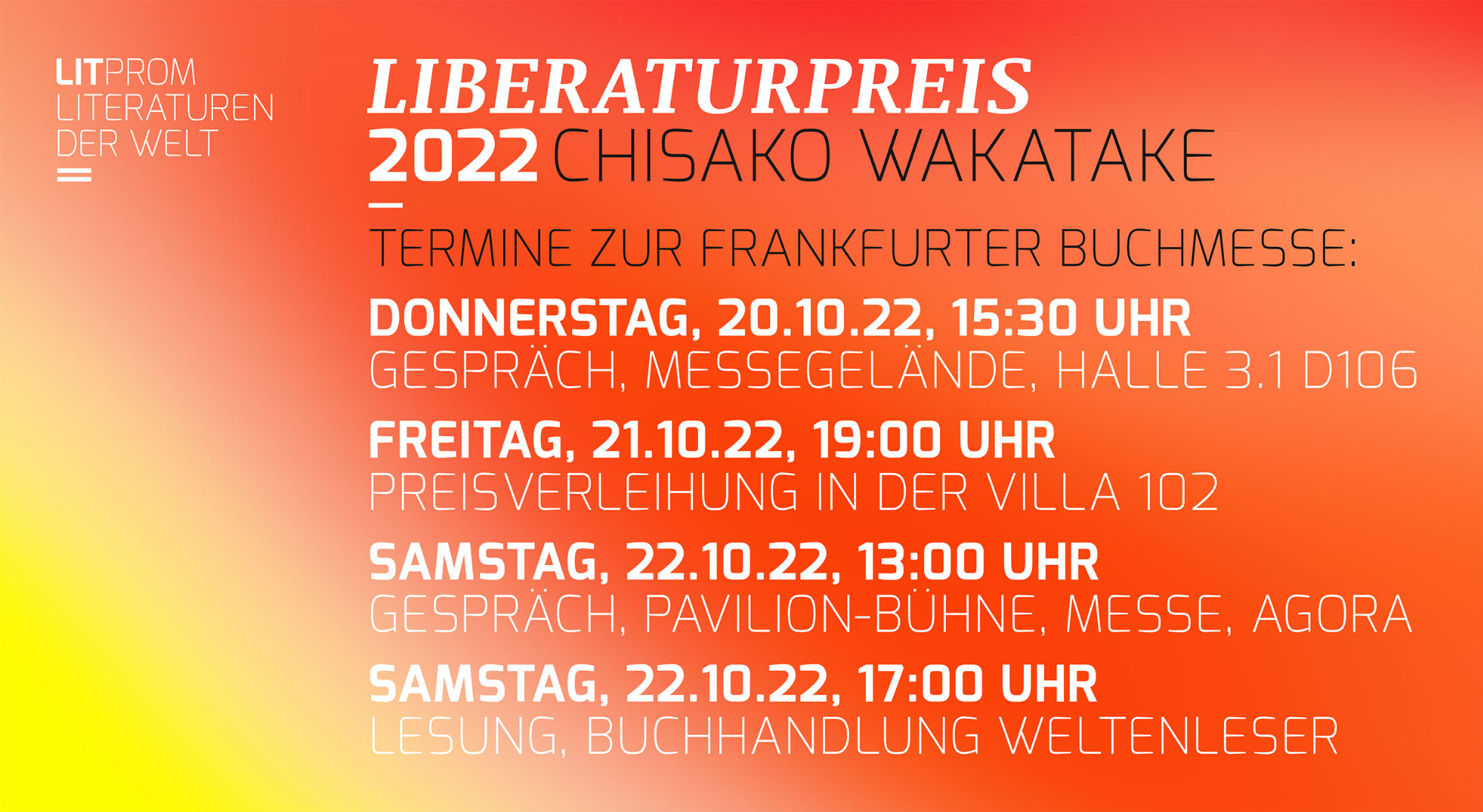